Ciarán Hinds is set to wrap filming on comedy The Thin Man, a road movie co-directed and written by Stephen Warbeck and John Paul Davidson. Warbeck won an Oscar for his score for Shakespeare In Love in 1999. 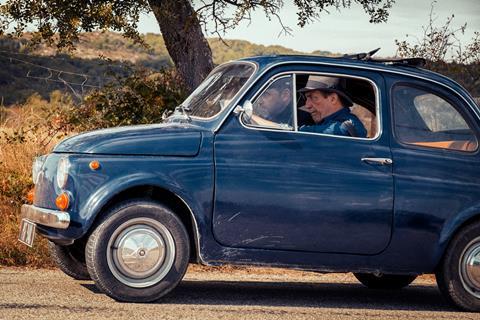 The UK-France project is produced by Daniel-Konrad Cooper of Rather Good Films whose credits include Dead In A Week (Or Your Money Back).

Theatre director-turned-film producer Dominic Dromgoole’s Open Palm Films is behind the production, on which Dromgoole serves as an executive producer. Set up in 2016, the company’s credits to date include Simon Amstell’s Benjamin, which is set to premiere at the London Film Festival.

The Thin Man stars Hinds with Stephen Dillane and Maïwenn in the story of a man journeying through France in a Fiat 500, chased by five angry men in a Citroën Dyane.