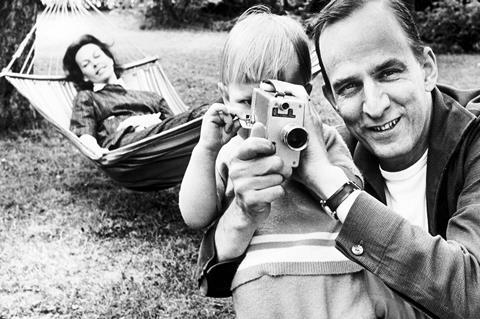 Oscilloscope Releasing will distribute in North America, while Michael Kölmel and Dietmar Güntsche’s Weltkino will handle Germany and Austria.

Margarethe von Trotta and Felix Moeller directed Ingmar Bergman – Legacy Of A Defining Genius for C-Films (Germany) and Mondex & Cie (France). The film is expected to be complete in time for consideration by the Cannes selection committee. This year marks the centenary anniversary of the Swedish director’s birth.

Swedish actresses Gunnel Lindblom and Julia Dufvenius, both of whom worked with Bergman on many films and theatre plays, are among the talking heads alongside director and author of Bergman On Bergman, Stig Björkman, as well as Palme d’or winner Ruben Östlund, Olivier Assayas, and screenwriter Jean-Claude Carrière.

The film will feature exclusive archival footage provided by the Ingmar Bergman Foundation as well as extensive extracts from Bergman’s body of work.

“We are thrilled to have Oscilloscope as our distribution partner in the US/Canada,” producers Benjamin Seikel and Guy Amon said in a joint statement, “They and our other amazing distributors are great at what they do and we will be delivering them the best feature documentary our two companies have produced to date.”