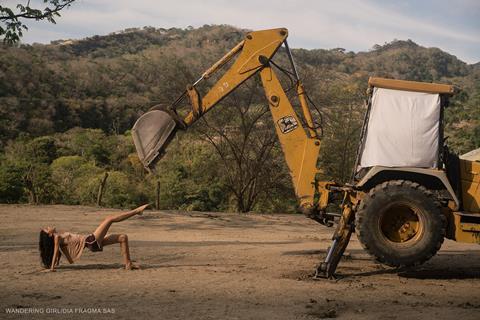 The film, which had its world premiere in Tallinn, follows 12-year-old Angela and her three step-sisters who are approaching their thirties. The four meet for the first time when summoned for the death of their charismatic father. Daniel García produced.

The jury, which was headed by Italian director Andrea Pallaoro, cited the film for “powerfully exploring themes of grief and abandonment through a very moving, intimate, piercing, and delicate sensorial cinematic approach”.

In the festival’s First Feature Competition, the best film award went to director Margaux Bonhomme and producer Caroline Bonmarchand for their French feature Head Above Water. The jury, which was headed by Mike van Diem, commended the film as a “gripping and truly heartbreaking family drama”.

Two special jury prizes were presented: to As I Fall director Magnus Meyer Arensen, and to Cronofobia director Francesco Rizzi.

The festival’s audience award went to the Hadi El Bagoury’s The Guest and Adrian Panek’s Werewolf.

Rebel with a Cause Award: Mira / director Denis Shabaev (Russia)

Award for Best Asian film by the jury of Network for the Promotion of Asian Cinema (NETPAC): Kejal / Nima Salehiyar (Iran)

Lifetime Achievement Awards of the festival: