The East-West co-production market has selected 10 projects this year, down from 13 in 2014. 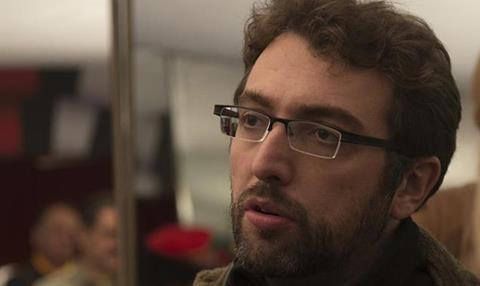 This year’s line-up includes Romanian director Bogdan Muranescu’s 1985, which was the winner of the CoCo Award at the Transilvania Pitch Stop during Cluj’s Transilvania International Festival in June, and Danyael Sugawara’s When Fucking Spring Is In The Air, to be produced by Trent of Oak Motion Pictures, as part of FilmFestival Cottbus’ Global East focus on The Netherlands.

Ostrochovský will be coming to Cottbus on the back of the success of his boxing drama Koza to pitch The Disciple about the extent aspiring priests were prepared to go in collaborating with the Communist regime in Slovakia of the 1980s, while Ruman will present the horror thriller The Swamp.

Other projects selected from some 75 submissions include Bosnian director Ines Tanovic’s The Son about growing up in divided Sarajevo, Cypriot filmmaker Tonia Mishiali’s Menopause about a woman’s revenge fantasies after a loveless relationship with her husband, and Ukrainian Max Ksondija’s Tank which was previously pitched at the Film Industry Office pitching forum in Odessa in July.

This first edition under the new director Rebekka Garrido will see a change to the awards handed out after the public pitchings on November 5: the CoCo Post Pitch Award will be presented for the fourth year in a row by Post Republic, but Berlin-based Eurotape Media Services will be new sponsor for the CoCo Best Pitch Award.

However, it appears that the CoCo Special Pitch Award, which was granted to the winner of the main prize at the parallel FilmFestival Cottbus (3-7 November) in order to pitch a new project the following year at Connecting Cottbus, has been discontinued.

In the past two years, Russian films - The Geographer Who Drank His Globe Away and Correction Class - had won the festival’s Grand Prix, but their directors didn’t have a project advanced enough in its development to be pitched at the forum.

Matanic’s film premiered in Cannes in May and has been selected as Croatia’s candidate for the Foreign Language Oscar, while Omerzu’s drama was selected for San Sebastian last month.

Moreover, Siska Deluxe was presented at the Festival of Slovenian Film in September.

In addition, the festival-goers in Cottbus will be able to see Demon by the late Polish filmmaker Marcin Wrona who had premiered his film in Toronto last month.

Wrona, who participated in the Berlin-based Nipkow Programm residency, had been in Cottbus in 2002 with his short film Magnet Man which was shown at the time as part of a showcase of student work from the film school in Katowice.

The prizes for the 25th edition of the Cottbus competition will be decided by a jury of five filmmakers: Zelimir Zilnik (Serbia), Ineke Smits (The Netherlands), Andreas Kleinert (Germany), Aida Begic (Bosnia & Herzegovina), and Visar Morina (Kosovo).