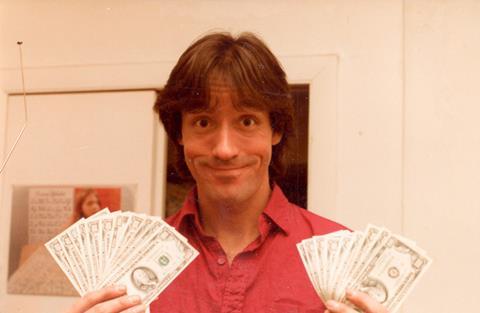 ’How To Rob Banks For Dummies’

CPH:DOX has unveiled the 26 projects to be presented in its CPH:FORUM, its financing and co-production event (March 21-22) that works across creative filmmaking.

Topics range from a family trying to find their own utopia in an organic village; a portrait of Lee Miller; the filmic obsessions of Lars von Trier; and Chinese women trying to find a partner by age 27.

More than 150 attending decision makers will include European broadcasters such as ARTE, ZDF, NDR, BBC & DR; US-based Netflix, POV and HBO; film funds from all over Europe, as well as organisations including Foundation Cartier, Tate Modern and Sundance Institute.

As Far As We Could Get, dir Iván Argote, prods Anna Lena Vaney & Florence Cohen (Fr)
Presenting a poetical, historical and political parallel between two exact antipode cities, Neiva in Colombia, and Palembang in Indonesia.

Climb Into My Skin (Walk Around Me), dir Phillip Warnell, prods Warnell & Laura Coxson (UK)
Collaborating with a street casting director on a search for six characters, to make a crime drama with no resolution.

Coccyx, dir Ursula Mayer, prod Jacqui Davies (UK)
In a fight for survival and reinvention, a pair of unlikely transgender friends are drawn into a world where past present and future merge.

How To Rob Banks For Dummies, dir Maxim Pozdorovkin, prod Beth Earl (US)
After several bank robberies carried out in the name of art (and money), former MIT professor Joseph Gibbons leaves prison.

I Call Myself Desire With Fast Wings, dir Narimane Mari, prods Mari & Olivier (Fr)
The phantasmagorical imagination of desire and its simple and crude sexual materiality.

Piraya 2013-6, dir Ola Waagen, prods Bjarte Mørner Tveit, Torstein Grude, Peter Engel & Margarete Jangård (Nor-Den)
What do we allow ourselves to do towards the weakest members of our society? And what do these actions reveal about ourselves?

Riotsville, USA , dir Sierra Pettengill, prods Jamila Wignot & Sara Archambault (US)
Archival documentary about the US Army’s response to the riots of the late 1960s.

Senseless, dir Guy Davidi, prods Kirstine Barfoed & Sigrid Dyekjær (Den)
What does it mean to grow up in a place that forces you to go against your values? Militaries’ first function is a violent one, regardless of what you believe it’s aimed for.

The Chocolate War, dir Miki Mistrati , prod Helle Faber (Den-Nor)
What happens when one ordinary man chooses to stand up against the biggest food company in the world?

The Cost of Prohibition, dirs Fritz Ofner & Eva Hausberger, prod Ofner (Austria)
Just outside the European Union, a war is being waged against one of the oldest cultural plants known to humanity: Hemp

The Devil’s Rope, dir/prods Florian Weigensamer & Christian Krönes, prod Roland Schrotthofer (Austria)
Places and people who have been cut and shaped by one of barbed wire´s basic functions: Confinement, exclusion, division and overcoming.

The Gold Machine, dir Grant Gee, prod Janine Marmot (UK-It)
A visionary exploration of one of the most influential writers of recent times, Iain Sinclair.

Transnistra, dir Anna Eborn, prods David Herdies, Michael Krotkiewski, Katja Adomeit & Hanne Phylpo (Swe-Den-Bel)
Set in the self-proclaimed state of Transnistria a group of 16 year olds search for friendship when society has turned its back on them.

Utopia, dir Phie Ambo, prod Malene Flindt Pedersen (Den)
What happens, if you let a group of children loose on an empty construction site in Copenhagen and ask them to build a new society from scratch?

What We Believe, dir Nick Aldridge, prod Kate Vogel (UK)
A look at religious organization Hillsong, which is trying to become a movement.

The festival will also present six works in progress presentations from the Nordics:

A Stranger (Framling), dir Mikel Cee Karlsson, prod Erik Hemmendorff (Swe-Fin)
The story of a young father’s descent into a secret dual life of criminality and violence. (This film was also presented as a work in progress in Goteborg last week.)

Future Remains, dir Anna-Karin Grönroos, prod Oskar Forstén (Fin)
About the power of idealism, told through the story of an industrial designer who believed design can change the future.

Munch In Hell, dir Stig Andersen, prod Carsten Aanonsen (Nor-Neth)
The untold story of Edvard Munch and a country too small for his genius.

Reconstructing Utoya, dir Carl Javér, prod Fredrik Lange (Swe-Nor-Den)
Four survivors from Utøya reconstruct their memories in a studio together with 12 participants in order to share their experiences and to remember.

The festival has also unveiled the first edition of its Science Film Forum (to be held March 20), seeking to spark new collaboration between filmmakers and scientists.

The 7 projects selected for that are:

Life of Lines, dirs Diego Galafassi, Fredrik Wenzel, Jesper Kurlandsky, prod Kurlandsky (Swe)
The notion of ‘lines’ is used as the central idea to integrate and weave together elements from over 50 hours of audio conversations with leading academics artists, craftsmen and practitioners on the key ideas that can help societies navigate contemporary challenges.

My Irresistible Man, dir Mette Korsgaard, prod Malene Flindt Pedersen (Den)
The portrait of gender bias through the director’s attempt to understand and rectify prejudice within her own family.

The Animated Mind of Oliver Sacks, dir Dempsey Rice, prod Lori Cheatle (UK-US)
A deep dive into the powerful storytelling of author and neurologist Oliver Sacks, MD, one of the most compassionate scientific minds of our time.