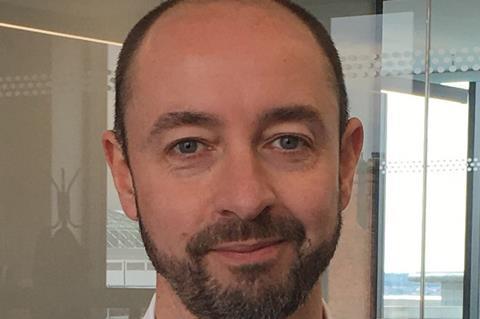 He joins from Creative England, where he held the same position since 2011. He previously worked at Screen Yorkshire between 2008 and 2011. Prior to then, he worked at ITV Yorkshire as a location manager and assistant director.

Hordley will take up his role at Screen Yorkshire later this summer and will provide on-the-ground support to film and TV production companies filming in the region. He will be the first port of call to advise on regional filming locations, studios, production facilities and crew, with a view to strengthening the region’s position as a destination for domestic and international productions.

Hordley is the second Screen Yorkshire hire in as many months following the appointment of Caroline Cooper Charles as strategic development executive in May.

The organisation is opening its new film office later this year as it continues its five-year growth plan for the screen industries in the region. Last year, figures from the Office of National Statistics revealed that between 2009 and 2015, Yorkshire & Humber’s screen industries grew faster than anywhere else in the UK, including London.

Hordley will report to Screen Yorkshire’s chief executive, Sally Joynson. “Chris is hugely experienced with an encyclopaedic knowledge of production services and a comprehensive understanding of the industry landscape of Yorkshire and Humber,” she said. ”These skills will be fundamental to Screen Yorkshire’s future growth.”