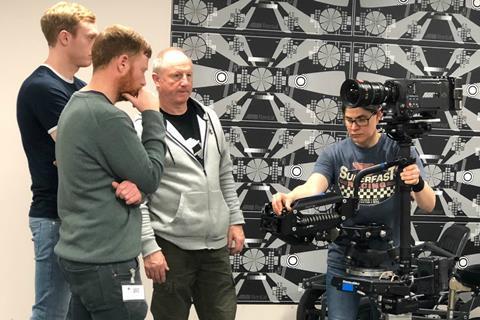 Through the new funding, training providers will deliver programmes in four areas:

All trainers must meet targets for improving inclusion in the industry in the participants they recruit.

This forms part of efforts to address low numbers of women and people from black, Asian or minority ethnic or disadvantaged backgrounds in many jobs and grades.

Applications for training provision must be made to Creative Skillset by September 28. Successful bids will be announced in October.

The investment is funded through National Lottery funding awarded by the British Film Institute for its Future Film Skills programme, and receipts from films that have contributed to the Film Skills Investment Fund.

The body is also preparing the launch of a Skills Forecasting Service, aimed at gathering data to better understand industry demands in the future. Talks with cities across the UK are ongoing regarding investment to support the development of centres of excellence.

Gareth Ellis-Unwin, head of film at Creative Skillset, said of the new investment, “It is not a silver bullet to the skills gaps or to longstanding problems such as a lack of diversity but will make significant strides in addressing them.”