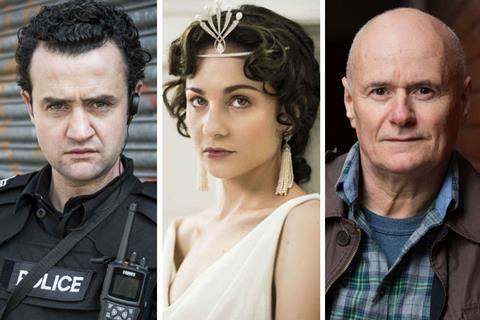 Shooting is underway on UK comedy Fisherman’s Friends, from the writing and producing team behind UK feature Finding Your Feet.

Chris Foggin (Kids In Love) is directing, his second feature after a trio of award-winning shorts including Friend Request Pending starring Judi Dench and Tom Hiddleston. Producers are James Spring, Meg Leonard and Nick Moorcroft (the team behind Finding Your Feet, which was released in the UK by eOne in February 2018 and has grossed more than £5m to date) with Piers Ashworth (St Trinian’s). Leonard and Moorcroft also wrote the screenplay.

The film is inspired by the true story of male singing group Fisherman’s Friends, who went from performing in the village harbour to securing a deal with Island Records, a top-ten album and performing on the pyramid stage at Glastonbury. It is filming on location in Port Isaac, Cornwall.

Producer James Spring commented: “Fisherman’s Friends provides a perfect follow up to the success of Finding Your Feet and demonstrates that there is a real appetite in today’s marketplace for uplifting and moving comedies.”

James Scott of Legacy added: “The script has struck a chord with buyers around the world who have responded to this universal tale of camaraderie. The film is a celebration of humanity and it’s a joy to be involved.”

Producers-writers Leonard and Moorcroft added: “As soon as we saw the news headline about ten singing fishermen signing a million-pound record deal we knew this was a story that had to be told and one that audiences would want to see.”