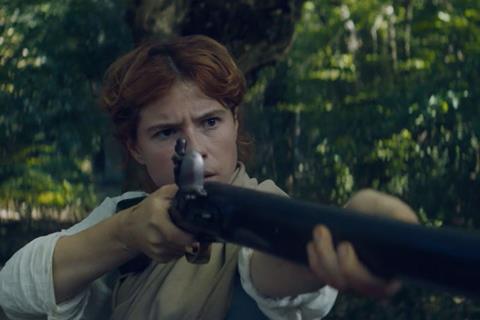 ‘A Battle In Waterloo’

The Female Film Force, the UK-based initiative launched last year by online dating and social networking app Bumble, will return in 2019 in an expanded international format.

Last year, the company put up £100,000 to fund short films from five filmmaking teams from the UK and Ireland – the completed films were screened at an industry event in London earlier this year and are now being submitted to screen at festivals. They included A Battle In Waterloo, written and directed by Emma Moffat with producers Anna Hargreaves and Tilly Wilding Coulson, starring Jessie Buckley, and The Leaving Party, from writer-producer Helena Sutcliffe, director Emily Bray, writer-director Milly Garnier, and producer Jenn Thomas, starring Caroline Blakiston.

For the second edition the project will also take submissions from both France and Germany, with five amounts of £20,000 again on offer to cover all production costs on five short films. The applications process is now open and will run until March 20, with 10 chosen teams to be invited to pitch to the judging panel in June this year.

A final five teams will then be given the green light and will be expected to deliver completed films by January 2020. Each team will receive mentoring from established industry figures to steer them through the filmmaking process. The company is accepting applications from anyone who identifies as a woman.

Bumble says it is renewing the initiative in response to the significant gender imbalance in the film industry, which was again evidenced by this year’s major awards contenders. There was not one female director nominated across the Oscars, Baftas, or Golden Globes in either the best director or best picture categories this year, while the Oscar winners were 73% male and Bafta winners were 66% male.

“The statistics are stark and the facts are simple - female filmmakers are underrepresented across all sectors of the international industry, and there needs to be an institutional shift in order to redress the balance,” commented Jane Featherstone.

“When I’m looking for a project to work on, most of them are by male directors. It’s very frustrating to read so little stories about women and made by women. The film industry is changing, it is becoming more diverse and more gender balanced. But there is still a lot of work to be done and this needs to happen at the very beginning of film making,” added Stacy Martin.