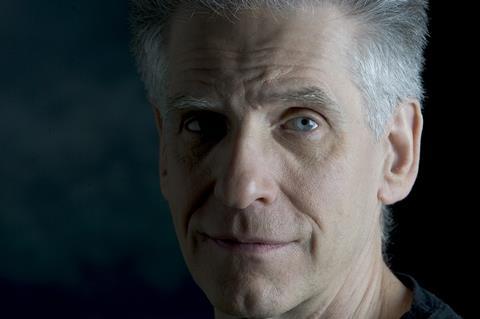 David Cronenberg will receive the Golden Lion for Lifetime Achievement at the 75th International Film Festival of the Biennale di Venezia (Aug 29-Sept 8).

“I’ve always loved the Golden Lion of Venice,” said the Toronto-born director. “A lion that flies on golden wings––that’s the essence of art, isn’t it? The essence of cinema. It will be almost unbearably thrilling to receive a Golden Lion of my own.”

Cronenberg’s A Dangerous Method screened in Competition at Venice in 2011. The tense drama about Sabina Spielrein, the women who came between Carl Jung and his mentor Sigmund Freud, starred Keira Knightley, Michael Fassbender and Viggo Mortensen, and was written by Christopher Hampton, based on his own play.

The director’s Crash, Spider, A History Of Violence,  Cosmopolis and his most recently film, Maps To The Stars,  all played in Competition at Cannes. Crash won the Special Jury Prize in 1996.

Naked Lunch and eXistenZ played at Berlin in 1992 and 1999 respectively. eXistenZ was awarded the Silver Bear.

“Although Cronenberg was originally relegated to the margins of the horror genre, right from his first, scandalously subversive movies, the director has shown that he wants to take his audiences well beyond the cinema of exploitation, as he constructs an original and highly personal structure, movie after movie,” said festival director Alberto Barbero.

“Revolving around the inseparable relationship of body, sex, and death, his universe is populated by grotesque deformities and terrifying couplings, a horror which reflects the fear of mutations inflicted on bodies by science and technology, of disease and physical decay, of the unresolved conflict between spirit and flesh. Violence, sexual transgression, confusion between what is real and what is virtual, the image’s deforming role in contemporary society: these are a few of the recurring themes which have helped make him one of the most daring and stimulating filmmakers ever, a tireless innovator of forms and languages.”