Desert Runners to premiere at EIFF 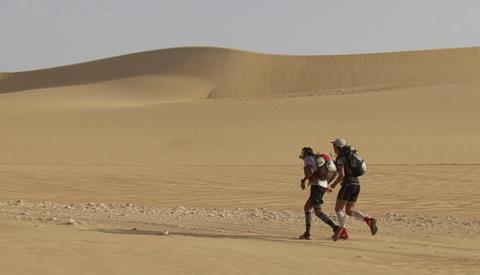 Desert Runners, produced in association with Salty Features and Spoken Media, follows a diverse cast of non-professional runners as they attempt to complete the four toughest ultramarathon races on Earth.

Directed, produced and edited by Jennifer Steinman, it has been produced by Oscar-winning producer Yael Melamede and Diana Iles Parker.

“Desert Runners is about running, but it is also about so much more,” said Steinman.

“It’s an exploration into the perceived limitations that people place upon themselves, and the mind-set necessary for some people to complete ‘impossible’ challenges.”

Salty Features co-founder and producer Yael Melamede said: “This is a film that gives viewers a front row seat to see what it really takes – heart and soul – to attempt the extraordinary.”

The world premiere of Desert Runners will be held on June 22 at Edinbugh’s Cineworld and will be followed by a public screening on June 23..

“This film has been a three-year labour of love,” added Steinman. “We are honoured to be premiering in Edinburgh.”