EXCLUSIVE: British thriller Monochrome is set to market premiere at the London Screenings this month. 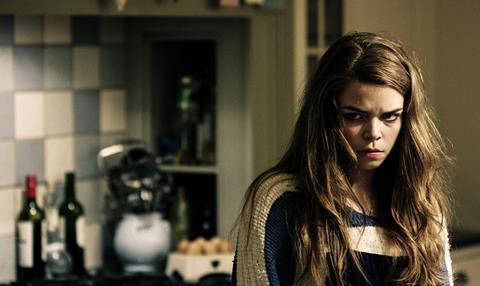 The film tells the story of a female serial killer who targets the wealthy. Cosmo’s detective tracks her down using special abilities granted to him by his neurological condition synaesthesia, which confuses his senses, allowing him to hear colours and see sounds.

Suzie Norton is producing the project for Birmingham-based Electric Flix.

Monochrome is set to receive a market premiere at the London Screenings later this month.

Directed by Michael Beach Nichols and Christopher K. Walker, the film follows a notorious white supremacist as he attempts to take over a small town in North Dakota, an action that leads to his arrest.

The film was released theatrically in the UK by Metrodome in February this year.

Devilworks president Samantha Richardson commented: “We are thrilled to Premier Monochrome at London Screenings; it is such a focused market, which highlights great attention for British films in the international market; also our lineup for Docs is growing in a smart direction and Welcome To Leith is definitely a strong addition.”