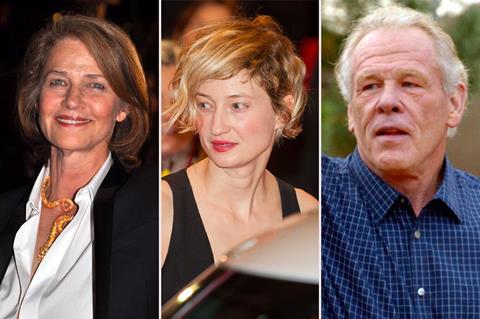 The long-gestating project, which was first unveiled at the Les Arcs Coproduction Village in 2016, unfolds against the backdrop of a near-future world devastated by ecological disasters and conflicts, where there have been no human births in over a decade.

A handful of survivors respond to a mysterious call to meet up in Athens. The feature’s narrator Jo, a 17-year-old boy of African origin, brings with him a treasure trove of film reels, all bearing the inscription “Cineteca di Bologna”.

The group revisits the final chapters of mankind’s existence on earth, while Jo becomes its “last moviemaker” as he captures these last members of the human race as it approaches extinction.

“These fragments of film bring back the past,” said Doc & Film International CEO Daniela Elstner. “I loved the idea of cinema bringing back something that everyone has long forgotten.”

Nolte co-stars as an elderly man who becomes close to Jo while Rampling will play a mysterious and sensuous Baltic woman called Baltk. The role of Jo is currently being cast.

The feature marks Nossiter’s third collaboration with Rampling, who co-starred in his 2010 comedy drama Rio Sex Drama and the 2000 relationship tale Signs And Wonders, which also featured Skarsgard in the cast.

Paris-based Doc & Films International will launch sales at TIFF on the production, which is due to shoot this autumn in Italy, France and Morocco for a 2019 delivery.

Donatello Palermo at Rome-based Stemal Entertainment is producing alongside Serge Lalou, under his Paris-based Films d’Ici banner which celebrates its 40th anniversary this year; Paprika Films are on board as co-producers.