Dogwoof to sell 'Unbranded' at Cannes

Documentary follows four friends on a 3,000 mile journey on horseback. 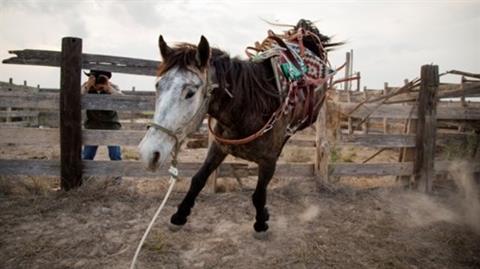 Ahead of its world premiere at Toronto HotDocs (April 23 - May 3), Dogwoof has acquired worldwide sales rights (excluding North America) to Unbranded.

The film, directed by Phillip Baribeau, is the story of four friends who set out on a 3,000-mile horseback journey through the American West, from Mexico to Canada.

Based on the bestselling book by Ben Masters, it is produced by the team that released Sundance audience award-winning documentary Buck.

Dogwoof negotiated the deal direct with the filmmakers. Following HotDocs the film will have its market premiere at this year’s Cannes Marché.