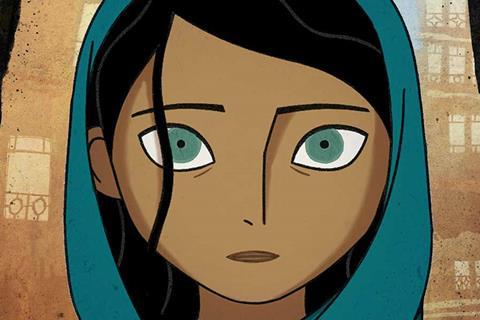 Executive-produced by Angelina Jolie, the tale of a young girl’s efforts to save her father from an Afghan jail world premiered earlier this year at the Toronto International Film Festival. Read Screen’s review.

Running Nov 29 - Dec 4 in Doha’s Katara Cultural Village, the fifth edition of Ajyal will showcase 103 films from 43 countries this year.

The festival is coming together amid the ongoing political and economic blockade of Qatar by Saudi Arabia, Bahrain, the UAE and Egypt on charges that the Gulf state funds terrorism organisations.

The sanctions, which began in June, have severely restricted travel and trade in and out of Qatar via land, sea and air. The tiny Gulf state has denied the accusations.

DFI CEO Fatma Al Remaihi told a press conference in Doha on Monday that Ajyal would remain true to its founding ethos that film is not only a form of entertainment but also a medium that can bring about social change and transformation, especially among younger generations.

“Films have the unique power to transcend borders. They expand our horizons, nourish our souls, reinvigorate our intellect and enable us to form meaningful, lasting human bonds,” said Al Remaihi.

“Above all, films provide a communality across all divides, and the stories they present provide us with a shared experience. This transformational power of cinema inspired the inception of Ajyal Youth Film Festival five years ago.”

Referring specifically to the blockade, she noted that this year’s Ajyal would feature a special multimedia exhibition, entitled LeBlockade, gathering together films, digital artworks and installations made by Qatari citizens in response to the sanctions.

“Their works also highlight the importance of film as a powerful medium that raises awareness, clears misconceptions and counters the phenomena of fake news,” she said.

A total of 20 features will play at the festival this year with highlights including the MENA region premiere of Looking For Oum Kulthum, a portrait of the legendary Egyptian singer by New York-based Iranian visual artist Shirin Neshat, and the Qatari premiere of feature animation Loving Vincent.

Highlights of the shorts programme include 16 new local films – backed by the Qatari Film Fund – which will screen in the Made in Qatar sidebar.

In total, 25 titles across the Ajyal selection were supported by the DFI - either via its grants programme, co-financing, Qatari Film Fund or mentoring at one of its labs and workshops - including Loving Vincent, Looking For Oum Kulthum and competition titles Birds Like Us, Disappearance, Wallay, Liyana and House In The Fields.

This year’s programme also features a focus on the cinema of Kuwait, one of the few states in the region retaining diplomatic and economic ties with Qatar, which has also tried to act as a mediator in the crisis.

As part of the Kuwaiti focus, Ajyal will celebrate late Kuwaiti actor Abdulhussein Abdulredha, a comedy legend in the region, who passed away in London in August.

“His creative journey inspired people throughout the Arab world, nowhere more so than in his home country and Ajyal 2017 pays a tribute to this creative genius who united people through art with an honorary award,” commented Al Remaihi.

A selection of Kuwaiti shorts will also screen under the “Made in Kuwait” banner.

A total of 12 international features and some 40 shorts will screen as part of Ajyal’s competition spanning four age-specific juries – known as the Bariq, Mohaq, Hilal and Bader juries – including French feature animation The Big Bad Fox And Other Tales, The Breadwinner, and House In The Fields.

More than 550 local young jurors between the age of eight and 21-years-old will be involved in deciding the winners. Around 29 international jurors who will also travel to Doha for the event from 12 countries including Armenia, Bosnia and Herzegovina, Georgia, Iraq, Italy, Jordan, Kuwait, Mexico, Oman, Tunisia, Turkey and the UK.