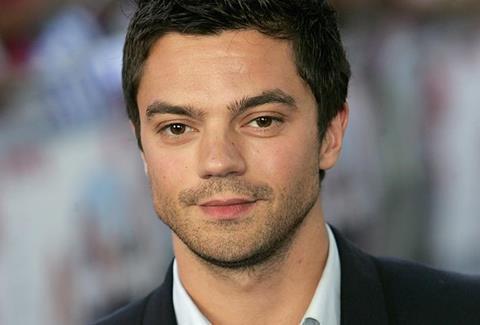 Dominic Cooper has swooped in to replace Henry Cavill in Special Forces action thriller Stratton, after the Man Of Steel star quit the production just days before shooting was set to begin in June.

London-based production company GFM Films has rescheduled principal photography to begin in Brindisi, Italy on July 15 before moving on to Rome, working together with Italian producers Eagle Pictures.  Production will then move from Rome to the UK for filming in London and surrounding locations.

Cooper, the British actor who plays a young Howard Stark in the Marvel Cinematic Universe, is also known for roles in Need For Speed, Dracula Untold and Mamma Mia!. Upcoming projects include Catherine Hardwicke’s Miss You Already, Nicholas Hytner’s The Lady In The Van and Duncan Jones’ fantasy epic Warcraft.

In Stratton, Cooper will play the titular role – a SBS (Special Boat Service) operative working alongside MI6 to prevent a terrorist attack in London.

Directed by Simon West (Con Air, The Expendables 2), the feature will be produced by GFM Films through Stratton Film Productions and is based on a series of books by ex-SBS agent Duncan Falconer.

West said of his new leading man: “Dominic Cooper’s talent, versatility and his originality as an actor, provide the perfect fit for what will be an entirely fresh and memorable action hero.”

West added: “Supporting Dominic is an inspired choice of cast who are all extremely talented, uniquely diverse and will undeniably bring both charm and energy to make Stratton the ongoing potential franchise we know it can be.”

Shooting had been due to start on June 2 but Cavill pulled out less than a week before filming was set to begin.

The British actor, who will next be seen in The Man From U.N.C.L.E. and Batman v Superman: Dawn Of Justice, was understood to have had a different vision of what the film should be and wanted to delay production until September.

GFM Films, which is providing finance and worldwide sales, took the project to the Marché du Film in Cannes in May and had to scramble to inform distributors of the change following discussions at the market.

GFM Films co-founder Guy Collins said: “It has been exceptionally hectic over the last five to six weeks since Cannes as we worked to restructure the film and secure this cool cast.

“It has only been possible through the efforts and commitment of our casting agent Debbie McWilliams and her team, the GFM team, and the support of the film’s key producing team – Ileen Maisel, Lawrence Elman and Matthew Jenkins - and director, Simon West, who has been superbly professional and committed to the movie.”

Collins added that SquareOne Entertainment has secured rights to distribute the film in Germany.

“A number of key distributors have stood by the film during this difficult period and it was great to close the territory of German-speaking Europe last week with Al Munteanu’s SquareOne, based on this cast,” he confirmed.