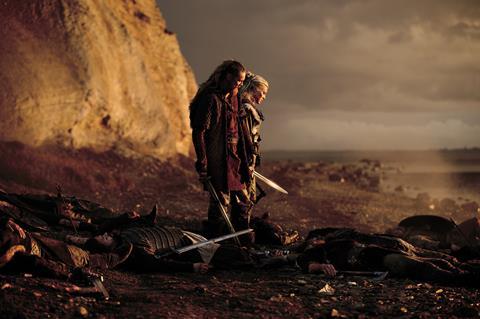 In the run up to this week’s Berlin European Film Market, Dutch sales company Incredible Films has announced an eye-catching deal with Epic Pictures via its US distributor Epic Releasing for North American rights for Roel Reine’s epic period war film, Redbad.

At EFM, Incredible’s Danielle Raaphorst will screen four minutes of footage of the film to buyers. Redbad will be ready for delivery in June 2018.

“Roel Reine is one of the best action directors in the film business and Jonathan Banks gives the performance of his career,” Patrick Ewald, CEO of Epic Pictures, told ScreenDaily. “When Danielle Raaphorst and Incredible showed us early footage of the battle scenes and the impressive large-scale production value, we knew that Redbad was destined to become an Epic Release.”

Incredible had already concluded a number of other deals for Redbad on the basis of the script and first footage. These included Spain (ADSO), France (First International Production), South Korea (Movement Pictures), Netherlands and Germany (Splendid) and Middle East (SRND).

The sword and sorcery film chronicles the sagas and ancient legends surrounding the Frisian king, Redbad (Naber), and his battle with his nemesis Pepin Herstal, Lord of the Franks, played by Banks.

Prior to the EFM, Incredible has also been doing brisk business on another of its titles, genre veteran Dick Maas’ feature Prey, which follows a ravenous and rampaging lion as it escapes from the zoo and terrorises the citizens of Amsterdam. The film has now gone to France (Trade Media) and Japan (Zazie).