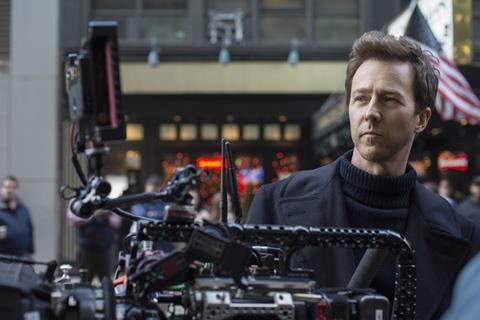 Motherless Brooklyn will receive its New York premiere after the international premiere at Toronto. That suggests the film has landed a slot at Telluride, which has not yet announced its line-up.

Norton directed and stars in the 1950s-set tale of a Lionel Essrog, a lonely private detective with Tourette syndrome who gets sucked into a conspiracy that encompasses the city’s racial divide and a Machiavellian urban developer played by Alec Baldwin. Warner Bros will release the film in the US on November 1.

“NYFF has been my hometown festival for nearly 30 years, and it’s consistently one of the best curated festivals in the world,” said Norton. “Every year I look forward to meeting up with old friends and colleagues to go watch the year’s best films in their program. Their audiences are serious about film, offering just the right balance of celebratory fun and thoughtful conversation. NYFF always straddles everything I love about the movies. To have this particular film – which grew out of my love affair with New York – selected for Closing Night is just a huge thrill… a dream come true, actually.”

As previously announced, Martin Scorsese’s The Irishman will open the festival, and Noah Baumbach’s Marriage Story is the centrepiece screening.

Film at Lincoln Center presents the NYFF and the festival runs from September 27-October 13. is the centrepiece screening.