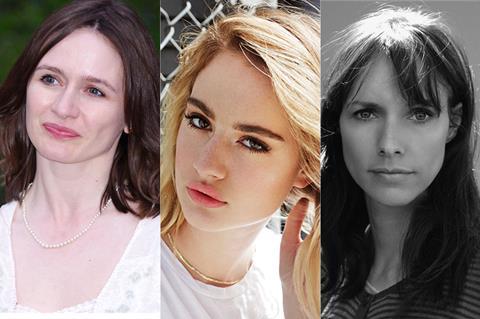 Wells, who also wrote the screenplay, is known for her roles in Pride And Prejudice And Zombies, Bridget Jones’ Diary and Black Mountain Poets.

Good Posture follows a young girl (Van Patten) who is placed into the care of family friends after her widower father moves to Paris with his young, new girlfriend. Under the roof of a famed author (Mortimer), the girl struggles for motivation until one day she decides to make a documentary about her new host.

Dolly Wells commented: “I am wildly grateful to Jamie for encouraging me to write and direct something. It has been a whirlwind of an adventure making a feature in 10 days and I feel enormously lucky to have had the trust of my incredibly talented cast and crew.”

Producer Jamie Adams added: “Dolly Wells is an incredible story teller, she has created a brilliant ensemble of original characters for Good Posture that are being brought to life by such inspirational collaboration with her genius cast and crew, this is a movie we’re all very excited for audiences to see next year!”