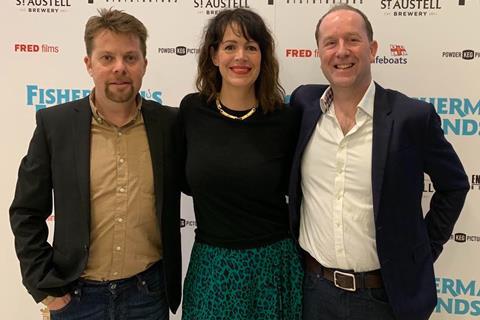 The deal covers Flying Fish’s upcoming slate, including the sequel to 2019 box office hit Fisherman’s Friends, which is in pre-production; and the recently announced untitled biopic on the life of the late Tom Moore, the former British Army officer who became a charity fundraiser during the pandemic.

Filmmakers Nick Moorcroft and Meg Leonard are co-writing the screenplays for the two titles. Flying Fish launched in 2020 as a joint venture between Moorcroft, Leonard and James Spring of Fred Films.

Spring, Moorcroft and Leonard first worked with EFD on the St. Trinian’s franchise, which was backed and distributed by EFD. They have subsequently collaborated on 2017 comedy Finding Your Feet; and the first Fisherman’s Friends title which pulled in £7.4m in the UK and Ireland in 2019.