European Cinemas Network, the collective of European exhibitors, has unveiled its statistics report for 2017 at its annual meeting at the Cannes Film Festival. 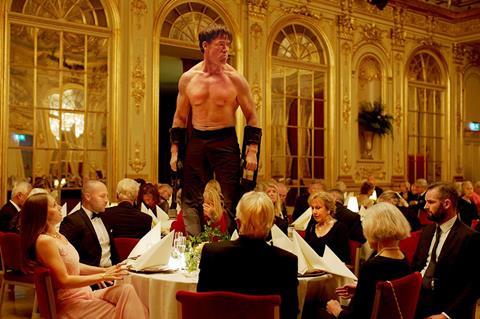 The network, which has more than 1000 cinemas, added 26 cinemas in 2017 and is now spread across 34 countries. Those cinemas devote close to 58% of screenings to European films, and see 54% of their admissions come from European movies.

Last year’s Cannes Palme d’Or winner, Ruben Ostlund’s The Square, was the most successful European film of 2017, attracting 818,000 admissions across more than 20 countries in the network, which accounted for 66% of the film’s overall admissions in Europe.

Also clocking more than 500,000 admissions in 2017 were Stephen Frear’s UK-US feature Victoria And Abdul and Aki Kaurismäki’s Finland-Germany feature The Other Side Of Hope. Loving Vincent generated 450,000 admissions across the network in 2017 and continued to play into 2018.

At the Cannes meeting, Helga Trüpel of the European Parliament and Lucia Recalde from the European Commission welcomed the proposed 30% budget increase for Creative Europe/MEDIA from 2020, which would put it to €1.2bn for 2020-2027.

In Cannes, the organisation also handed out its annual Europa Cinemas Label prize, to support the distribution of one film across its network, which this year went to Lucia’s Grace by Gianni Zanasi.

The prize will see now the film supported by additional incentives given to exhibitors in the Europa Cinemas network when it is released.

“The meeting in Cannes underlined the growth of the network, especially the increase within smaller towns and cities all over Europe, and the dynamism and energy of member exhibitors,” comments Claude-Eric Poiroux, general directors of Europa Cinemas. “Great effort is put into attracting the public into cinemas, with particular emphasis on the younger audiences.