European admissions rose in 2021 but were still 40% below 2019 figures, says EAO report 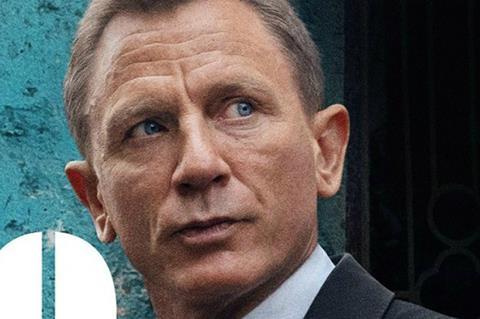 The report, prepped each year for Cannes’ Marché du Film attendees and published by the Council of Europe’s European Audiovisual Observatory, notes cinema attendance in 2021 rose slowly amid another difficult year for cinema going in Europe.

Gross box office mirrored the footfall figures, growing by 38.2% from €2.1 billion to an estimated €2.9 billion, accounting for only 42% of pre-pandemic box office levels.

The report also highlights significant differences in box office across the individual European markets: All experienced unique and differing degrees of collapse in 2020 as well as differences in cinema closures and lockdowns.

Overall admissions in 2021 increased in 17 territories, decreased in eight and stagnated in two out of the 26 EU member states and the UK for which 2021 data were available.

Outside the EU member states and the UK, theatrical markets grew strongly on a year-to-year basis in Bosnia-Herzegovina (+186%), Montenegro (+125%), the Russian Federation (+64%) and Iceland (+51%). But cinema attendance continued to drop by -28% in Turkey, which registered the lowest admissions level in recent history.

While the return of US studio titles to European cinemas screens in 2021 bolstered admissions and set box office tills ringing, European film titles suffered a downturn in market share.

European films with incoming investment from US studios and films from the rest of the world, captured above average market shares of 9.3% and 5.7%, respectively.

US studio titles accounted for all the top 20 titles in terms of admissions in the EU and the UK, with No Time To Die and Spider Man: No Way Home leading the charge for eyeballs.

Daniel Craig’s last outing as James Bond in No Time To Die topped the charts and was the only film to sell more than 30 million tickets in the EU and the UK. It was followed by Tom Holland’s webslinger turn in Spider Man: No Way Home which sold 27 million tickets in 2021.

The report notes film franchise titles dominated the European box office, with 17 out of the top 20 films being sequels, prequels, spin-offs or reboots, compared to only seven in 2020 and 18 in 2019. Aside from the ‘EUR inc’ production No Time To Die (EUR inc refers to films produced in Europe with incoming investments from US studios), no European film featured among the top 20 titles

Production on the upswing

The report also casts an eye over film production levels in the EU and the UK, noting they have returned to pre-pandemic levels. Having reached a comparatively brief temporary standstill due to the lockdown measures taken all over Europe in March 2020, film production never collapsed in the same manner as box office did.

It remains to be seen whether the increase in production activity indicates a sustainable return to previous production levels or rather it represents a catch-up in 2021 of films whose production was interrupted or halted during the crisis.