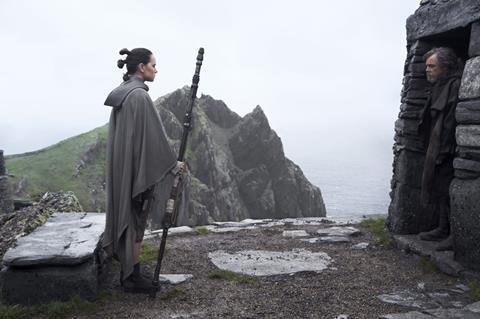 The European Commission has approved Ireland’s Regional Film Development Uplift designed to support broader regional development of the audio-visual sector in Ireland, and the extension of the Section 481 film tax credit to 2024.

The Regional Film Development Uplift is a 5% increase on Section 481 worth up to 32% of qualifying spend. It will now be worth 37% to local and international productions that occur substantially in “assisted regions” areas designated as such under the regional aid map.

To qualify for the relief, producers must show training and skills development opportunities are provided to individuals “habitually resident in the area”, and that such training will address a skills deficit in the area.

The European Commission also approved to extend Section 481 by four years, from its original end date of December 31, 2020, to 31 December 2024.

Recent high-profile shoots in Ireland include Star Wars episodes The Last Jedi and The Force Awakens in Skellig Michael; Eon Productions’ The Rhythm Section in locations around Dublin; TV series Quantico and Nightflyers; Irish-Belgian  thriller The Other Lamb; and Horizon Line, co-produced by Subotica and SF Studios.

“Both these measures are further important steps in support of this Government’s ambition to make Ireland a global hub for the production of film, TV drama and animation,” said Josepha Madigan, Ireland’s minister for culture, heritage and the Gaeltacht.  ”These new regulations will support creative talent in Ireland and help to develop a vibrant creative audio-visual sector throughout the country. The Regional Uplift also contains measures that oblige production companies to make training and skills development a key part of their projects, ensuring our film industry will benefit from the additional activity long after these productions have concluded.”

“The extension of the Section 481 credit until 2024 provides certainty for film production companies on the future availability of the credit, ensuring the continued growth of our film industry,” he continued. ”It is a key recommendation in the Audio-visual Action Plan, the industry-wide, long-term plan, under the Creative Ireland Programme.”