Feature adaptation 'I Am Not A Bird' adds to cast 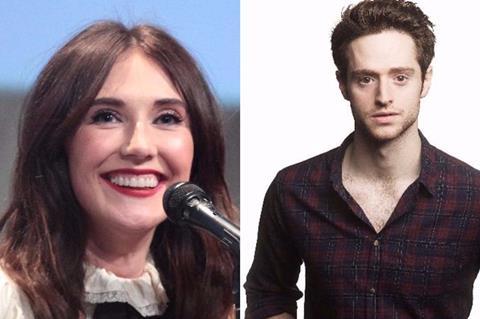 Feature film adaptation I Am Not A Bird has added Carice van Houten, Andrew Rothney, Kate Easton, Takehiro Hira and newcomer Elisabeth Larena to its cast.

Swedish director William Olsson helms the film written by Catherine Hanrahan, which she adapted from her book. Production on the dramatic thriller has started this week on location in Tokyo, Japan. WME Global’s Alexis Garcia and Samantha Racanelli are handling the worldwide rights for the film.

The actors join the previously announced Alexandra Daddario, who stars as Margaret, a young western woman losing herself in the bacchanal of nighttime Tokyo.

van Houten is best known for her role as Melisandre in HBO’s Game Of Thrones, and will play Ines, Margaret’s ally and fellow lost soul who has accepted that her youthful modeling and partying years in Tokyo are now behind her and seeks to go home.  Houten recently starred in Brian de Palma’s upcoming film Domino, Focus Features’ Race, and IM Global’s genre thriller Incarnate.

Rothney plays Liam, Ines’ fellow co-hort who is also facing decisions that affect his immersion into the Tokyo nightlife. Rothney was most recently seen in Universal’s The Huntman: Winter’s War. Easton will play Louise, a student who connects with Margaret through her love of words. Easton co-stars in Warner Bros’ upcoming Ocean’s Eight, and Annapurna’s Where’d You Go, Bernadette.

Rounding the cast is newcomer Lareda, who currently stars in TV series Cuentame in Spain.