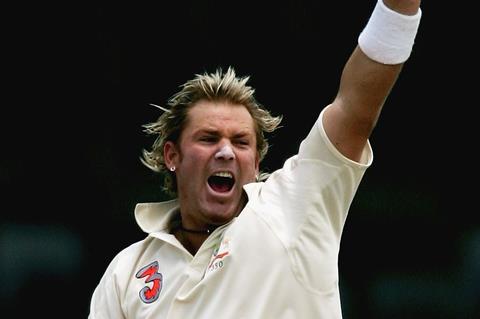 A feature documentary about Australian cricketing legend Shane Warne is being made by UK producers Eclipse Films (Finding Your Feet) and Gospel (Forbidden Games: The Justin Fashanu Story).

Dogwoof is representing global sales rights to the project, titled Shane, and is launching it to buyers here in Cannes.

Widely considered to be one of cricket’s greatest bowlers, spinner Warne took more than 1,000 wickets in his career, placing him behind onlu Sri Lanka’s Muttiah Muralitharan in the all-time list. He also led a turbulent personal life, including a drug ban and a high-profile divorce.

The film will feature new interviews with Warne and never-before-seen archive footage.

Jon Carey and Adam Darke of Gospel are directing the project and producing with Dave Rowley for their banner Gospel. The company’s credits include Forbidden Games: The Justin Fashanu Story, about the footballer, which sold to Netflix.

Shane is also produced by John Sachs, Andrew Berg and Kimberley Sachs for their banner Eclipse Films, which has credits including UK box office hit comedy Finding Your Feet and the upcoming The Corrupted with Sam Claflin, Timothy Spall, and Hugh Bonneville.

The project is one of a recent spate of feature documentaries being made about sports stars. Michael Schumacher and Boris Becker projects are here in the market, while Asif Kapadia’s Diego Maradona is playing in Official Selection.