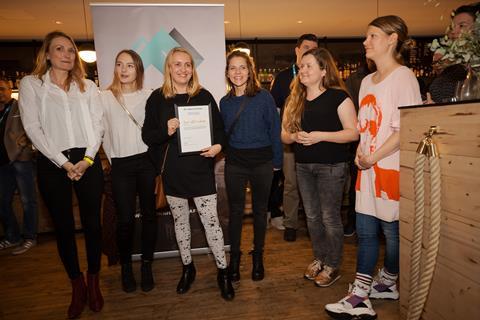 Tuffi Films short film anthology One-Off Incident won the Finnish Film Affair’s work in progress award, which goes to the project presented that is most likely to attract international attention.

One-Off Incident is an anthology of short films about how power is used against women in their private lives as well as in society. The project will also include an awareness campaign.

The project is directed by 15 female writers and directors and curated by Tuffi Films’ group of female producers; it was pitched by director Alli Haapasalo and Tuffi producer Elli Toivoniemi. The jury – comprised of Edinburgh’s Mark Adams, Steven Bestwick from The Yellow Affair and Agneta Perman from Swedish broadcaster SVT – praised its “timeliness, well thought-out strategy, and its potential to engage the audience to continue the discussion on gender equality issues.”

The $3,500 (3,000 Euros) prize goes towards the film’s international marketing efforts.

The festival and FFA also gave Finnish actress Laura Birn (The Ones Below, Purge, The Innocents) its Nordic Flair award.

The Finnish Film Affair is the industry sidebar of the Helsinki International Film Festival and is Finland’s largest film industry event. Nearly 450 industry professionals attended the event, including sales executives, distributors and producers.