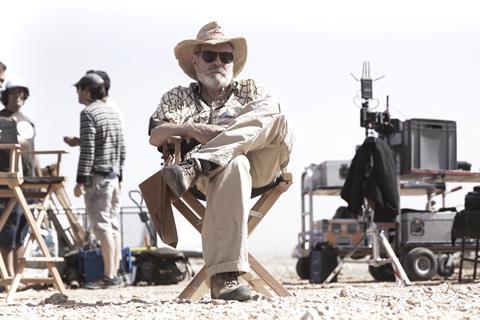 ‘He Dreams Of Giants’

UK sales and production outfit Film Constellation has struck a series of deals on He Dreams Of Giants, which explores Terry Gilliam’s 30-year journey to bring the story of Don Quixote to the screen.

The documentary, which goes behind-the-scenes of Gilliam passion project The Man Who Killed Don Quixote, has been picked up for German-speaking territories by Koch Media and Poland by Mayfly.

The feature is directed by Keith Fulton and Lou Pepe, who previously followed Gilliam’s doomed attempt to get his film made in 2002’s Lost In La Mancha.

Film Constellation has also boarded a remastered version of Lost In La Mancha and has sold it alongside He Dreams Of Giants to NonStop Entertainment, which will handle distribution in Scandinavia and the Baltics.

Both documentaries were produced by Lucy Darwin while Fulton also took a producer role on He Dreams Of Giants, which will receive a screen at the virtual Cannes market tomorrow (June 25).

He Dreams Of Giants received its world premiere at Doc NYC in November, before playing at AFI Fest. It is a Darwin Films and Low Key Pictures production in association with Corniche Media and Fikree Films