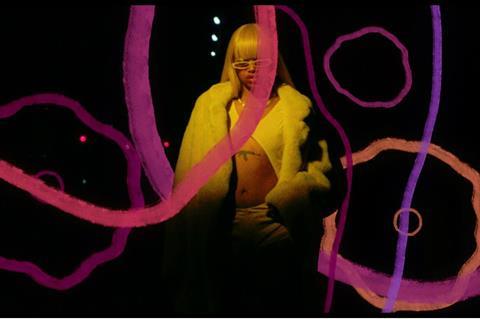 Film Movement has acquired North American rights to Goldie, Sam de Jong’s coming-of-age story that premiered in Generation 14 Plus in Berlin and is being sold in Cannes by Dubai-based Cercamon.

‘Instagirl’ supermodel Slick Woods makes her acting debut as the titular character in the Bronx-set tale about a streetwise teen who discovers her true strength when her dream of becoming a dancer collides with harsh reality.

“We always search for hidden gems and diamonds in the rough, but we’re thrilled to have uncovered Goldie, a true treasure,” said Film Movement president Michael Rosenberg. “We fell in love with Slick Woods’ incredible film debut performance. Sam de Jong is one of today’s directors to watch, and he’s made a gritty New York tale, filled with over-the-top attitude and optimism in equal measure.”

“Goldie’s journey started at Berlinale where we had a tremendous response, followed by an electrifying North American premiere here in Tribeca,” added Cercamon’s Sébastien Chesneau. “We’re glad to have Film Movement on board and look forward to the release.”

“I’m thrilled to be collaborating with Film Movement,” said de Jong. “Being part of their impressive slate and bringing the movie to North American audiences is the best that could have happened! I’m very grateful.”