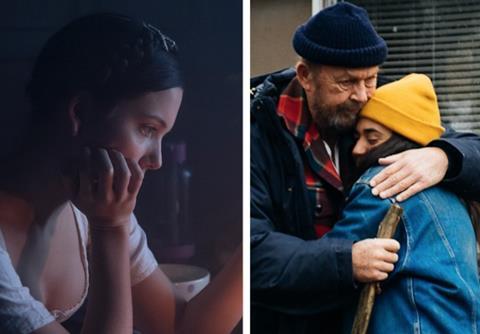 Carmilla / Once Upon A River

Film Movement has picked up all North American rights to female-directed coming-of-age dramas Once Upon A River and Carmilla and will release both through its virtual cinema initiative this year.

Feature debutante Haroula Rose’s Once Upon A River is based on Bonnie Jo Campbell’s Midwestern novel of the same name.

The story takes place in 1970s rural Michigan as a traumatised young woman (newcomer Kenadi DelaCerna) embarks on a river odyssey to find her estranged mother. Film Movement acquired the film from the producers.

Adapted from the vampire novella of the same name by 19th Century Irish author Joseph Sheridan Le Fanu, the story centres on a 15-year-old experiencing the onset of sexual awakening who lives with her father and strict governess and becomes enchanted by a young girl sent to their home to recover from an accident. Jessica Raine and Devrim Lignau also star.

After their debut through Film Movement’s virtual cinema initiative, both dramas will release on home entertainment and digital platforms.

“We’re excited to acquire these two unique coming-of-age stories – both from very talented women directors,” said Film Movement president Michael Rosenberg. “They fit well into our library, already filled with films from some of the most accomplished women directors working today – from Wanuri Kahiu and Maren Ade to Jessica Hausner and Melanie Laurent – and we’re sure they’ll be embraced by anyone looking to be transported through cinema.”