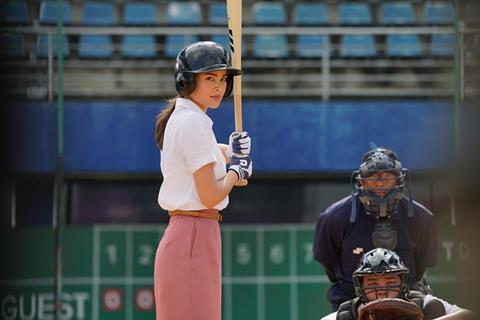 ‘Brother Of The Year’

Following the success of last year’s Bad Genius in China and throughout the region, Thai production and sales outfit GDH 559 returns to Filmart with two new titles: Brother Of The Year and an untitled fantasy drama.

Directed by My Girl co-director Vithaya Thongyuyong, Brother Of The Year is a romantic drama involving a family which stars Sunny Suwanmethanon (I Fine…Thank You…Love You), popular TV actress Urassaya Sperbund and Nichkhun Buck Horvejkul from Korean boy band 2PM.

The film has been picked up by PT Inter Solusindo Film for Indonesia, Suraya Filem Production & Distribution for Malaysia and Brunei, Golden Village for Singapore, Westec Media for Cambodia and MVP M Pictures Film Distribution for Laos.

The second film is an untitled fantasy drama directed by Parkpoom Wongpoom – his first solo director outing after co-directing horror hits Shutter and Alone. The two new titles are scheduled for local release in May and October respectively.

Meanwhile, encouraged by Bad Genius’ success in China and the record number of international films shooting in Thailand, three government ministries – Commerce, Culture and Tourism (which runs the Film Office) – have joined forces for the first time to organise the Thailand Pavilion. It will house 23 companies in film, TV, post production and location services, up from last year’s 10, making it the largest Thai delegation ever at Filmart.