FilmSharks picks up 'You're Killing Me Susana' with Gael Garcia Bernal

EXCLUSIVE: Roberto Sneider’s comedic drama will be released in US by Hola Mexico Distribution. 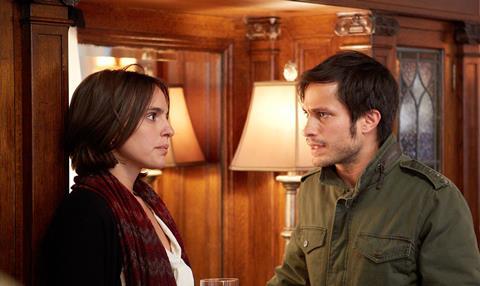 Los Angeles-based Hola Mexico Distribution holds US rights and the Latin cinema specialist has set a February 17 theatrical release on more than 50 screens. FilmSharks and the producers will handle US TV/VOD distribution.

Susana is based on Jose Agustin’s novel Ciudades Desiertas, about a Mexican man who reflects on his life as he undergoes a humbling trip to the snowy wastes of the northern US in the hope of reclaiming his wife.

Director Roberto Sneider’s credits include Mexican smash Tear This Heart Out (Arrancame La Vida), which generated 2.7 million admissions in Latin America through Fox and made it on to the 2009 Oscar foreign-language shortlist.

“We are honoured to start working with Roberto Sneider again, one of the best Latin cinema directors today,” said Guido Rud of FilmSharks, “We’ve been chasing this project for a while since we read the script.”

“I am very happy to have Filmsharks bring You’re Killing Me Susana to the world market at a time when telling this story about a Mexican man going across the border to the United States in search of the woman he loves seems more timely than ever,” said Sneider.