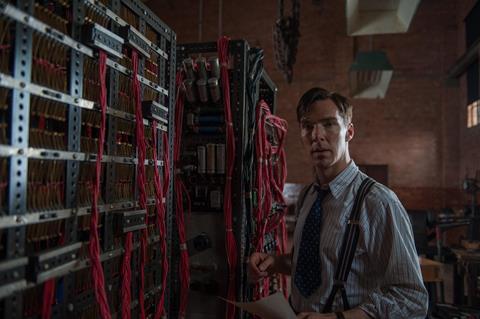 Directed by Morten Tyldum (Headhunters), it was written by Graham Moore and the script topped the 2011 Black List.

The image was released following the posthumous royal pardon given to Turing, addressing his 1952 conviction for homosexuality.

StudioCanal is distributing in the UK. The producers have not yet sought US distribution.