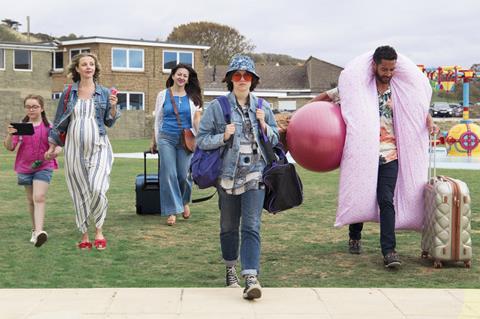 Screen can exclusively reveal a first-look image from the film, which follows a socially awkward 17-year-old on a family trip to a Dorset caravan park, as she embarks on her first holiday romance.

The Microwave scheme commissioned six films in its most recent slate, all of which have now completed production.

Other titles included Lucy Brydon’s Body Of Water, presented to the market at Rome Film Festival this month, and Rene Pannevis’ Looted, which is set to receive its world premiere in the First Feature Competition at Tallinn Black Nights next month.

Microwave is supported by the BFI with National Lottery funds, and BBC Films, with support from ScreenSkills.