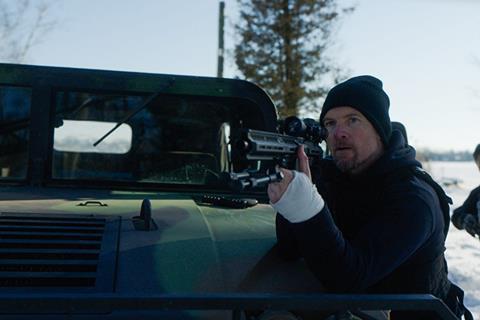 The film has also sold to Vertical in the UK, Mediawan in France, Mediaset in Spain, Rialto Distribution in Australia, Turner/Warner Media in Latin America, Tanweer Alliances in Greece/Turkey and Monolith in Poland.

Screen has got the first-look from the film, in which Brewster plays a grieving woman who tries to replace her late husband with an android. However life with the SIM (Robbie Amell) is never the same, so she enlists the help of a brilliant programmer (Simu Liu) who makes SIMs become more human-like. Meanwhile government agent Kessler (Worthington) is on the hunt for rogue SIMS.

“We are thrilled to be working on April’s film, with such an extraordinary strong cast, and we are excited that our distribution partners have shown great support for this audience-pleasing film,” said D’Amico.