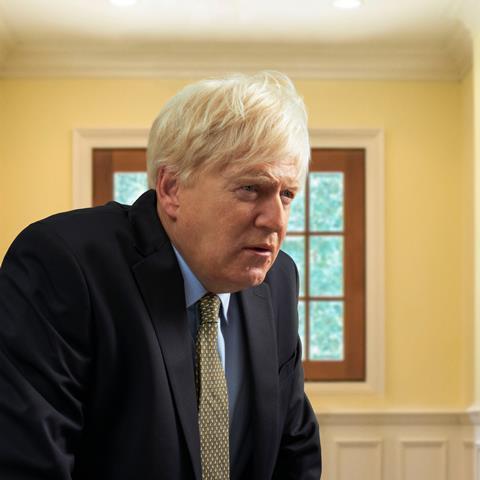 Filming is underway on Sky Original TV drama This Sceptred Isle, which has revealed a first-look image of Kenneth Branagh as UK prime minister Boris Johnson.

The five-episode drama is directed by Michael Winterbottom and produced by his Revolution Films with Richard Brown’s Passenger and Fremantle.

It will air in autumn 2022 on Sky Atlantic and streaming service Now TV.

Winterbottom has co-written the series with Kieron Quirke and will executive produce with Brown. Revolution’s Melissa Parmenter will produce with Josh Hyams and Anthony Wilcox.

The drama will focus on the Covid-19 pandemic in the UK, from the government’s response and events surrounding the prime minister, to the efforts of scientists, nurses and doctors to contain and overcome the virus.

The series is the first project to come from Revolution’s first-look deal with Fremantle and Passenger, signed in November last year.

It is also part of a major push into original TV series and features by UK pay-TV broadcaster Sky, which unveiled its ambitions last month.

Branagh is in post-production on his semi-autobiographical feature Belfast, which shot last autumn, while his latest Agatha Christie adaptation Death On The Nile, which he directed, produced and stars in, is scheduled for release on September 17 through 20th Century Studios, following delays from last year due to the pandemic.