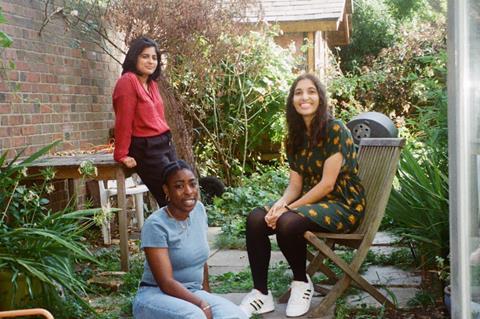 Three graduates of the UK’s Film Distributors Association and Independent Cinema Office’s FEDS training scheme have set up Other Parties, a UK distributor which aims “to challenge longstanding industry conventions”.

The company is run by director of distribution Aneet Nijjar, alongside acquisition and development executive Aduke King and Amanpreet Dosanjh, who will oversee digital and partnerships.

According to Other Parties, the company plans to distribute “carefully selected titles that meet the company’s ethos to bring vibrancy to UK film, and to challenge longstanding industry conventions.”

Other Parties has picked up its first feature for theatrical release: Elegance Bratton’s documentary Pier Kids, arriving in cinemas on October 8. The film follows three gay and transgender young people of colour who find themselves homeless after coming out to their families, but discover community and chosen family around New York City’s Christopher Street Pier.

The film shot in 2019, produced by independent US producer Chester Algernal Gordon. It debuted at LGBTQIA+ film event Outfest in Los Angeles that year and won the Truer Than Fiction award at the Film Independent Spirit Awards in early 2021. It is Bratton’s debut feature and he is in pre-production on drama The Inspection which A24 will co-produce.

Nijjar, King and Dosanjh all participated in the inaugural 2015 run of the FDA and ICO’s Film Exhibition, Distribution and Sales Trainee scheme, which is aimed at improving diversity in those sectors.

Through the scheme Nijjar worked as a trainee at Protagonist Pictures, then as a publicity and marketing freelancer for independent distributors including Dogwoof and Parkland Entertainment. Dosanjh was a trainee at Soda Pictures before becoming a compliance officer at the British Board of Film Classification; while King was a trainee at Vertigo Releasing and has worked as a programme advisor for the BFI London Film Festival.