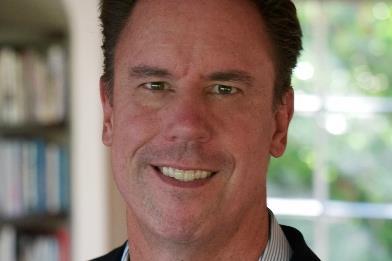 In the run-up to the AFM former Warner Independent Pictures head Mark Gill has launched Solstice Studios with $400m in capitalisation including $150m through Ingenious Media.

The Los Angeles-based company will seek to supply global independent buyers with studio-level content, and will target commercial films for wide theatrical release, primarily in the action, thriller and action-comedy genres.

The goal is to produce three to five a year in the $30m-$80m range and acquire another two to four from any broad genre for wide US distribution.

The company will develop, fully finance, produce, and distribute. Gill and his partners are looking to set up an in-house sales division and hope to grow Solstice to 65 people in its first year.

Gill, who had been back and forth to London for months in the run-up to the launch, told Screendaily it was too soon to name titles. However as an example of the kind of fare he is looking for, it is understood the company will produce and acquire broadly commercial fare, including thrillers and action comedies in the vein of London Has Fallen and Hitman’s Bodyguard. Gill and his team will attend AFM later this month.

Alongside Gill, who is president and CEO and has also served at Miramax Films and Millennium Films, are production heads Andrew Gunn (Freaky Friday, Cruella) and Guy Botham of Vitality VFX, and marketing and strategy head and analytics expert Vincent Bruzzese, formerly of STX, OTX and Marketcast.

“Our focus will be those wide-release films, which US theatres want, Americans still go to see, and which drive international independent distributors’ slates,” said Gill (pictured).

Ingenious is an investment business and has facilitated funding for features such as Avatar, Life Of Pi, and The Best Exotic Marigold Hotel.

Ingenious Media managing director Will Harrison said, “We couldn’t be happier to be supporting Mark and his team of industry veterans in this enormously exciting production and distribution initiative. The independent feature film space has been increasingly underserved and producers everywhere will be delighted to find a new distribution buyer and production partner in the market. Ingenious has a proud track record of bringing together top creative talent and the very best commercial partners, a tradition which this new venture will help us continue.”

Christopher Milburn and Gareth West curated and brokered the Ingenious funding and will have an ongoing role in sourcing projects and co-financing opportunities for the company. Gill and Botham brokered the deal for Solstice with Peter Touche, Head of Film for Ingenious Media.