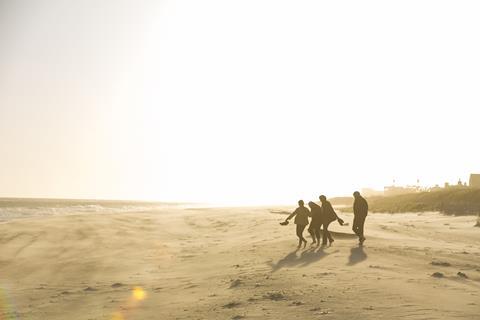 Uri Singer of Experimenter producer BB Film Productions produced the film, which is currently in post-production.

Marjorie Prime centres on an aging violinist with deteriorating memory who hires a service that provides holographic recreations of deceased loved ones.

In this way she is able to spend time with her daughter and son-in-law and an imperfect copy of her late husband as he looked in his 30s and 40s. John Sloss of Cinetic Media handles US rights.

“Michael Almereyda has perfectly captured this award-winning cast and has adapted this acclaimed play into a beautiful and heartfelt film that we are excited to bring to the international marketplace.”

The comedy Drunk Parents starring Alec Baldwin, Salma Hayek and Joe Manganiello is currently in production. In pre-production are Tom’s Dad with Will Ferrell set to star, J.K. Simmons in The Bachelors and sci-fi thriller Android with Olga Kurylenko.