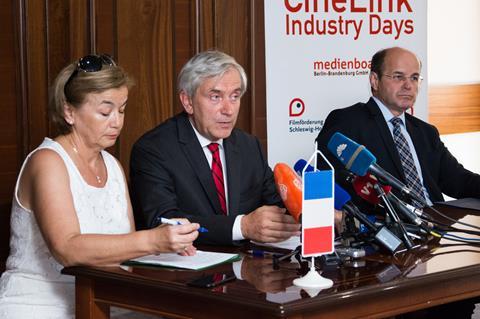 Representatives of from Bosnia and Herzegovina and France signed a new co-production treaty at the Sarajevo Film Festival on Monday August 13.

It will allow for simpler and more efficient co-production of film projects between the territories, and greater access to funding support for the distribution of films in each of the two countries.

The treaty replaces and updates an existing framework that was signed between France and the then-Yugoslavian in 1975.

According to the new agreement, a film will now be considered an official co-production between the two counties if the participation of the minority country is 10% (the previous minimum was 30%).

Furthermore, films co-produced between France and Bosnia Herzegovina will now be treated as national films in both countries, meaning they will have access to additional funding possibilities that are reserved for national films.

In Sarajevo, Osmanović said the two countries “share a belief in the importance of cinema for the cultural and economic growth of the country”.

“Our intention is to increase co-operation between Bosnia and Herzegovina and France in the area of filmmaking, in order to expand the filmmaking possibilities for film professionals from both countries and to enable better access to the French market by BH films [Bosnia Herzegovina], and for French films in the BH Market,” Osmanović added. “I am especially glad that the co-production agreement was signed during the Sarajevo Film Festival, as this highlights the importance of the film sector and emphasises Sarajevo as a city of film.”

“France has always served as a strong presence in the culture of Bosnia and Herzegovina, helping and initiating many events that still take place today,” said Rousson.

Jovan Marjanović, head of Sarajevo’s CineLink Industry Days, moderated a panel discussion on the treaty on Monday. During the discussion, Emmanuel Mouriez, director of Institute Francais in Bosnia and Herzegovina, said France is “generally committed to supporting culture in Bosnia Herzegovina” and that his country was also “very confident about the future of the film festival”.