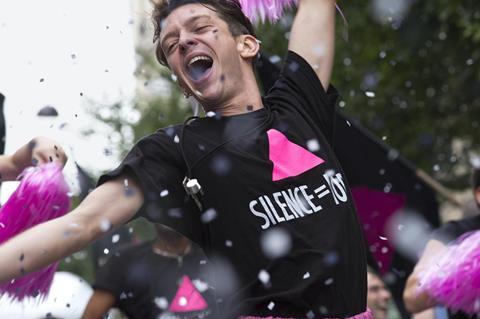 BPM, which won the Grand Prix at Cannes in May, is inspired by the history of the Paris branch of the AIDs activist group ACT UP in the early 1990s, when the French government was perceived as lagging behind in its response to the epidemic.

The film was produced by Les Films de Pierre, the production company created by the late Pierre Bergé, a long-time supporter in the fight against AIDS.

Paris-based sales company Playtime, formerly known as Films Distribution, has sold the film into some 40 territories including the US (The Orchard) and the UK (Curzon-Artificial Eye).

BPM was among three titles on France’s submission short-list alongside Michel Hazanavicius’s Jean Luc Godard tribute Redoutable and Mathieu Amalric’s Barbara, inspired by the life of the iconic French singer.

The release was accompanied by larger than usual coverage in the French media, with left-leaning newspaper Liberation even devoting several pages to the film and story behind the real-life ACT UP group.

On the eve of the French Oscar committee’s announcement, celebrity and lifestyle magazine Paris Match put up an article declaring, “Why BPM (Beats Per Minute) must represent France at the Oscars”.

The magazine’s cinema correspondent cited the standing ovation for the film at Cannes as well as the tears of jury president Pedro Almodovar when he handed over the Grand Prix.

Under the selection process, the directors, producers and international sales teams of all three submission candidates are “auditioned” by a seven-person committee at the CNC’s headquarters.

“It’s an ambitious, engaged film, carried by the remarkable performances of a new generation of actors, which has moved festival audiences throughout the world,” said Bredin in a statement.

France’s last Best Foreign Language win was for Régis Wagnier’s Indochine in 1983 but the country often has a strong presence at the Academy Awards.

It often has a strong presence at the awards nonetheless.

The country’s 2017 submission Elle by Paul Verhoeven failed to get nominated, but its star Isabelle Huppert made it into the best actress nomination short-list, a rare feat for a non-English language performance.

The country’s 2016 submission Mustang, by Ergüven, made it all the way to the final nomination short-list but lost out to front-runner Son Of Saul.

The 90th Oscar ceremony will take place on March 4, 2017, at the Dolby Theatre in Hollywood.