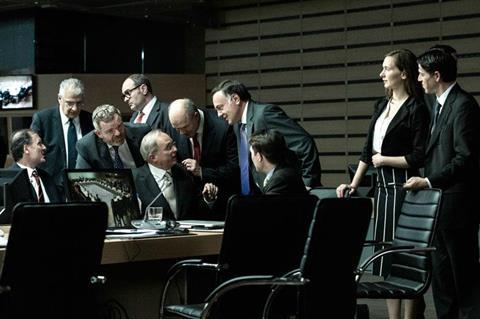 ‘Adults in the Room’

Investment in French cinema production came under pressure in 2019, mainly due to a fall in state and TV funding, according to the annual production report from France’s National Cinema Centre (CNC), which was published on Tuesday (March 31).

The long-running study covers all feature-length features granted CNC investment or production approval in a given year.

These approvals are required for producers to access the body’s different selective and automatic support schemes. Nearly all films qualify so this data is a good indication of the state of play within the French production scene.

This year’s 77-page report showed 301 films had been approved in 2019, up one from 2018. 240 were majority French productions and 61 were spearheaded by non-French producers, with French producers onboard as minority partners.

In another sign of the financial pressure on the production sector, the CNC noted there had been an increase in the number of films with budgets under $4.5m (€4m), from 148 productions in 2018 to 161 in 2019.

There were no productions with budgets higher than $32m (€30m). In 2018, there two such productions, Jacques Audiard’s English-language western The Sisters Brothers and feature-length animation Asterix And The Magic Potion.

The data also showed that 70 of the films were first features, 54 were second features and the remaining 116 productions were the directors’ third feature or more.

In other findings, the study showed that France’s strong co-production culture remains robust even if there were two fewer co-productions

The country’s producers were involved in 116 co-productions in 2019, representing 38.5% of all the approved films. Overall these films received $557m (€508.8m) worth of investment, representing an increase of 28.8% year-on-year for two fewer productions.

A total of 55 of these were majority French productions. Outside investment for these majority productions rose by 24.3% to $90m (€82.5m) year-on-year.

France’s biggest co-production partners by territory were Belgium with 34 joint productions, Germany with 14, Canada with five and Italy and Switzerland with four each, and then Lebanon and Tunisia with two each.

Breaking down the sources of funding for all the productions, the study revealed investment had edged down across a number of traditional sources of finance for cinema.

The CNC cautioned that the broadcast data could differ slightly from figures collected by the broadcasters due to different accounting periods.

In a further sign, however, of how TV and cinema are diverging in France, the study noted 130 of the 2019 approved films, or 36.3%, had been made without the financial support of a broadcaster, the highest level in a decade.

This finding points to a changing landscape for film producers in France where television has traditionally played a big role in supporting cinema.

For the French majority productions, the percentage of female directors was slightly higher at 25.6%, against 22.1% in 2018.