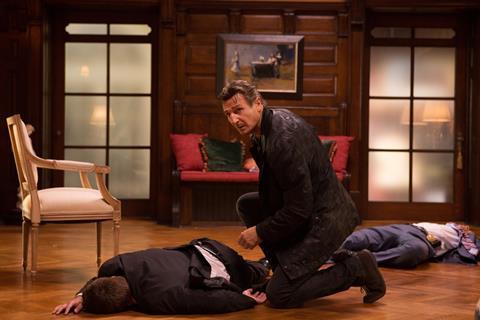 Investment in French film production fell by 20% in 2104 to hit a 13-year low, according to new figures released by France’s National Cinema Centre (CNC).

Within this figure, 203 were films-of French-initiative and 55 were majority foreign co-productions.

Nearly all French productions need to seek CNC approval in order to tap into selective and automatic funding supports so the resulting data is a good indication of what is going on in France’s film production sector.

“It’s the lowest level in 13 years. This drop can be explained by the strong withdrawal in foreign investment in French films (-47.6%) and lower contributions from mandates,” read the CNC report.

By “mandates”, the CNC was referring to funds generated by theatrical revenue, ancillaries and foreign sales. The body said that mandate-generated funding had fallen by 45% in 2014, its lowest level in a decade.

Another factor hitting the French production sector was a drop in pre-buys by pay-TV giant Canal+,  which by French law must spend 12.5% of its budget in the acquisition of cinematic works of European origin traditionally.

A total of 92 films out of the 103 pre-buys were French films. The CNC noted that it was also the first time in a decade that Canal+ had invested in less than 40% of all French film production.

State funding rose slightly; backing by mainstream free-to-air channels remained stable and investment by new digital terrestrial channels rose 32.9%. The latter increase was from a low base so the overall investment amounted to just €5.3m ($7.9m)

Interestingly the number of films made without broadcaster support rose to 115 films, some 16 more than 2013. The CNC noted that most of these films had a budget of less than €2m ($2.9m).

The study also revealed that co-productions were also under pressure. There were 106 co-productions involving 34 different countries in 2014, ten less than 2013.

There were 51 majority French works, four less than 2013, and 55 minority French productions, down by six on the previous year.

“The number of co-productions with a majority foreign partner fell by 9.8% to 55 films in 2014. This evolution illustrates the difficulties of French partners to mobilise finance in an economic context which remains difficult,” said the CNC

In the backdrop, Belgium remained France’s main coproduction partner, although cooperation dipped slightly in 2013. The countries worked on 36 productions altogether, 26 of them majority projects for France.

Franco-German cooperation also dipped in 2014 while the number of co-productions with Italy and Switzerland rose.