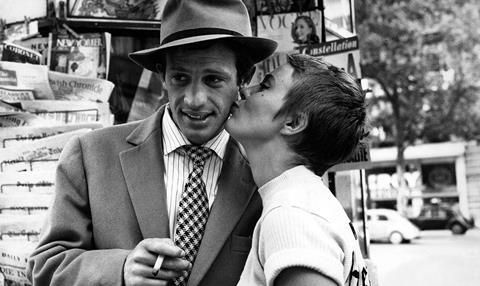 Coutard worked on more than 80 features in a career spanning from 1958 to 2001 but is best known for his work with New Wave pioneers Godard and Truffaut.

He got his big break working with Jean-Luc Godard on 1960 classic Breathless, which was credited with reinventing cinema at the time for its stripped-down, fast-paced aesthetic.

Godard — who wanted to shoot the film as much as possible with a handheld camera and natural lighting — had partly hired Coutard for his background as a documentary cameraman for the French army.

Prior to that, he worked in a Paris photography lab, having dropped out of a chemistry degree because he did not have the means to pay for his studies.

On leaving the army, he worked as a freelance reporter and photographer for a time for publications including Life and Paris Match.

Coutard also worked with Pierre Schoendorffer, Jacques Demy and Costa-Gavras among others.

He was renowned for his ability to work on improvised sets and fast-changing shoots.

Strangely, he was feted with relatively few awards for individual film credits during his career but picked up Cannes Technical Grand Prize for Godard’s Passion in 1983 and a César for Schoendorffer’s naval drama Le Crabe-Tambour in 1978.

He was also nominated for a Bafta in 1967 for work on Tony Richardson’s The Sailor From Gibraltar, starring Jeanne Moreau and Vanessa Redgrave and the American Society of Cinematographers presented him with its International Award in 1997.