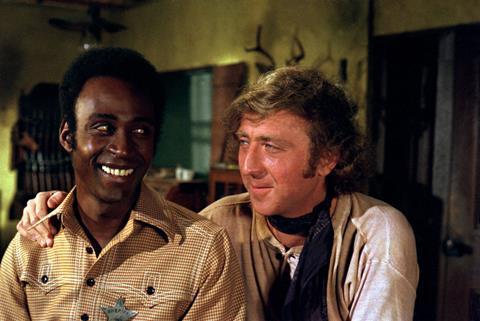 Long-gestating $45m animated feature Blazing Samurai, which was first introduced to the market in 2014, is fully financed, GFM Animation’s Guy Collins confirmed on the first day of AFM.

The film, which is being overseen and produced by Rob Minkoff (The Lion King) and is loosely inspired by Mel Brooks’ Blazing Saddles, is currently at first animatic stage, with delivery scheduled for summer 2021. Brooks remains on board as an executive producer.

Canada-based animation content studio Aniventure has joined the production. According to Collins, $16m of the budget is “original equity”, while $29m of new funding comes from Aniventure and Canadian tax credits.

The feature’s CG animation work will be done at Cinesite, at that company’s Montreal and Vancouver studios. Both facilities recently delivered all of the CG animation production services for MGM’s The Addams Family.

A director is due to be named shortly for Blazing Samurai, which has had a troubled history. Toronto-based Arc Productions, the original lead animation house on the project, declared bankruptcy in 2016, and Sony Pictures International is no longer involved.

According to Collins, however, the project is now firmly back on track.

“We’ve salvaged a film which was entitled to be salvaged because distributors have always been incredibly supportive and positive about the film,” the GFM boss commented. “Blazing Samurai will now happen.”

Several distributors have stuck with the project, among them Vertical in Eastern Europe, Volga in CIS, Investacommerce in former Yugoslavia, Outsider in Portugal, Myndform in Iceland, Huayi Brothers in China, Hong Kong, Taiwan and Macao, Cinemaxx in Indonesia, Blue Lantern in Vietnam, Red Cape in Israel, ECS in the Middle East, Associated in Turkey, Garsu Pasaulio in the Baltics and Film Finity in South Africa.

Aniventure executives will now join the Blazing Productions Limited (BPL) board alongside existing directors, who include GFM Animation’s Collins and Michael Ryan and Huayi Bros’ executives.

When the film was first announced, the voice cast included Michael Cera, Samuel L Jackson, Ricky Gervais and Brooks himself as the voice of a shogun. “Our expectation is that now we have the full funding, we will be able to keep everybody who was previously attached,” Collins said.

The GFM exec said that there are also plans to develop a spin-off video game to accompany the film.