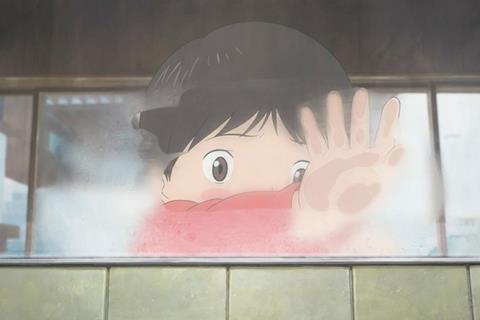 GKIDS and Beijing Film Panorama will present an animation section within the upcoming Beijing International Film Festival (BJIFF) called Animation Is Film Beijing, featuring selections such as anime hit Dragon Ball Super: Broly and Buñuel In The Labyrinth Of The Turtles.

The roster of 15 non-Chinese animated features from Asia, Europe, North America, and South America is modelled on GKIDS’ LA-based Animation Is Film festival and includes many of the films appearing in that showcase’s 2018 line-up.

Among the titles are Oscar-nominated Mirai (pictured), European Film Award-winner Another Day Of Life, and This Magnificent Cake. Buñuel In The Labyrinth Of The Turtles won the Animation Is Film jury prize last October.

The slate encompasses Ruben Brandt: Collector, Tito And The Birds, Modest Heroes, Penguin Highway, as well as a complete feature retrospective of Mamoru Hosoda, the Japanese co-director of Mirai, and a 20th anniversary presentation of Brad Bird’s first feature, The Iron Giant.