Festival will also see a focus on Argentine cinema and on classic Hollywood double acts. 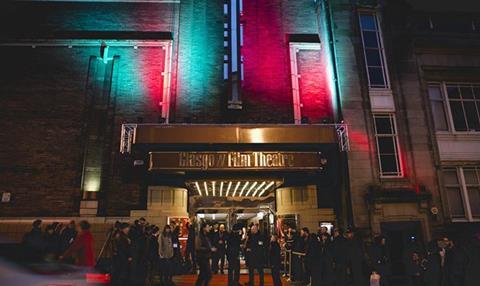 GFF Industry Focus will bring together international film-makers, funding bodies and industry insiders for a two-day seminar within the festival programme.

It is aimed at offering benefits to Scotland’s film and television industry, and to visiting film-makers, and marks the first time that the audience-focused festival has developed an industry-specific programme.

“While GFF’s programme will always put audiences front and centre, we are delighted to be able to host something like GFF Industry Focus this year,” said festival co-director Allison Gardner.

“Bringing this sort of industry presence to Scotland will hopefully feed into and strengthen the Scottish film industry, creating connections and opportunities, and offering international insight.”

Ben Luxford, BFI head of UK audiences, added: “We’re proud supporters of GFF’s vibrant public programme as well as the inaugural GFF Industry Focus, which will bring together industry leaders from around the world to gather in Glasgow with the aim of forging exciting new collaborations that will benefit film in Scotland and the UK more widely.”

New programme strands for its 12th edition include Dream Teams On The Silver Screen and Roads To The South, the latter of which will showcase and celebrate Argentine cinema.

“Films like The Secret In Their Eyes and Wild Tales, which premiered at GFF15, have been part of the surge of interest in Argentine cinema,” explained festival co-director Allan Hunter.

“Roads To The South is designed to celebrate the range of bright new talents in Argentinian film-making.”

Entrance to all the films in the strand will be free and the programme is aimed at cross-generational audiences.

This year will see the return of strands including CineMasters, Film4 FrightFest, Nerdvana and Stranger Than Fiction, among others, as well as the festival’s notable special pop-up screenings and events.

Tickets for GFF’s opening and closing galas will go on sale on Jan 18 following an announcement early in January. The main programme will be announced on Jan 20, with tickets on sale from Jan 25.