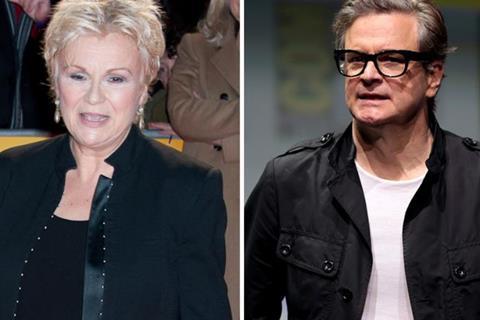 Global Road has picked up North American rights from Studiocanal to The Secret Garden starring Colin Firth and Julie Walters, which began production on April 30 in the UK.

Marc Munden directs the Heyday Films and Studiocanal children’s story from an adapted screenplay by Jack Thorne based on Frances Hodgson Burnett’s 1911 novel.

Heyday Film’s David Heyman and Rosie Alison are producing, and Studiocanal’s Didier Lupfer, Danny Perkins, and Dan MacRae are on board as executive producers.

Firth plays reclusive uncle Archibald, whose 10-year niece Mary is sent from India to live with him and his strict housekeeper (Walters) on his Yorkshire manor.

When she finds a hidden garden on the estate, the lonely girl finds hope and friendship.

“The Secret Garden is one of the world’s most beloved stories of all time celebrating friendship, nature and the limitless power of childhood imagination,” Global Road chairman and CEO Rob Friedman said.

“We are proud to work with Studiocanal in bringing Marc’s version, starring an incredible cast led by Colin and Julie, to North American audiences and continue the legacy of the touching message that has prevailed for over a century.”

Anna Marsh, Studiocanal’s executive vice-president of international distribution, added: “We are delighted to find a partner in Global Road and to work with Rob and his incredible team to bring Marc Munden’s fantastical reimagining of The Secret Garden to North American audiences. They quickly understood and shared our passion for and commitment to this incredibly special film.”

Global Road’s head of worldwide acquisitions and co-productions negotiated the deal with Studiocanal.