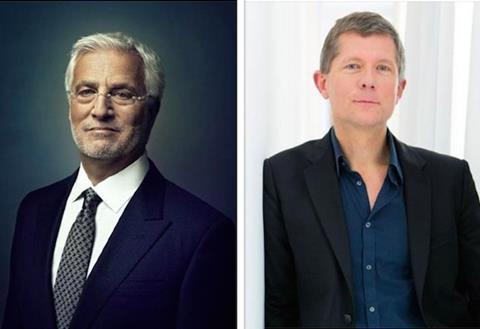 Global Road Entertainment aims to amass a $1bn production war chest over the next three years as it targets 15 annual US releases by 2020, eight or nine of which are anticipated to be developed and produced in-house.

The $1bn goal was announced to buyers at a private presentation in Berlin yesterday and it is understood the provenance of that funding could combine capital from Global Road owners Tang Media Partners (TMP) and a cash raise.

The presentation at the Sony Center in Berlin on Thursday by president of worldwide theatrical marketing Jack Pan was accompanied by a sizzle reel of films by Global Road’s senior executive suite from their time at other studios, and hinted at the type of content CEO Rob Friedman wants to make.

Speaking to Screen on the eve of the EFM along with his president of international Rodolphe Buet, Friedman said he was looking for wide-release films in the $20-100m range in the vein of Wonder, La La Land, John Wick or Now You See Me, and will be flexible on budgets.

Reorganisation is the name of the game at Global Road six months after TMP CEO Donald Tang merged IM Global and IM Global Television with US distributor Open Road.

Friedman, the former co-chairman of Lionsgate motion picture group, co-chairman of Summit Entertainment, Paramount vice-chairman, and longtime Warner Bros senior executive, remained upbeat in the wake of a couple of key executive departures and industry-wide concerns over the challenge of getting money out of China.

Market forces are a chronic challenge to sales agents these days and Global Road has no new product on offer at the EFM, although president of international sales and distribution Michael Rothstein is in Berlin with the team in the same Ritz-Carlton penthouse suite that IM Global has inhabited for years.

Friedman dismissed the notion that restrictive Chinese government rules on the flight of money have hindered his production and acquisitions budgets, and sounded bullish on developing a robust film slate and scripted and unscripted TV pipeline.

“Many people have ownership but we are an American company, with owners including the likes of Tencent, but it is not a Chinese company,” he said. “It’s almost evenly split between china and those outside the country. We have seen no problems whatsoever [in getting money out of China].

“We have our television business in Europe with Tencent. They’ve been excellent partners and continue to be. We’ve seen nothing but enthusiasm both domestically in China and other parts of the world for the company.”

Similarly, Friedman remained positive despite the recent departure of Cristina Garza, the general manager of Latin American sales venture Mundial, and production chief Greg Shapiro, with whom Global Road will continue to work on Serenity, Richard Says Goodbye, and The Rhythm Section.

Global Road representatives declined to comment on reports that IM Global and Open Road staff will relocate from their separate digs to temporary offices under one roof in Century City, prior to moving into a permanent space in Century City by the end of the year.

Buet said he looked forward to building on the company’s strong ties with content creators and distributors around the world. Addressing Latin America in particular, he said: “We’re in the process of thinking how we will manage the business. We want to be really active in each territory and partner with them.

“We have an existing output deal with Sun, which presents a real opportunity to be active in Latin America. We have more than five projects in development with Latin American producers. It’s true we’re reconfiguring our approach, but Mundial will remain an element of the company.”

Global Road will self-distribute film and television in China, which Friedman noted put the company in a rarified space outside the studio world.

The US distribution pipeline at time of writing included: Bella Thorne romance Midnight Sun on March 23; Will Arnett family comedy Show Dogs on May 18; horror film The Silence on June 8; sci-fi Lakeshore co-production A.X.L. produced by David Goyer in August; City Of Lies (formerly LAbyrinth) possibly in autumn; Untitled PlayMobil Movie in early 2019; and Blake Lively spy thriller The Rhythm Section on February 22 2019 through Paramount. Shooting resumes in June after an on-set injury to the star’s hand in December suspended production.