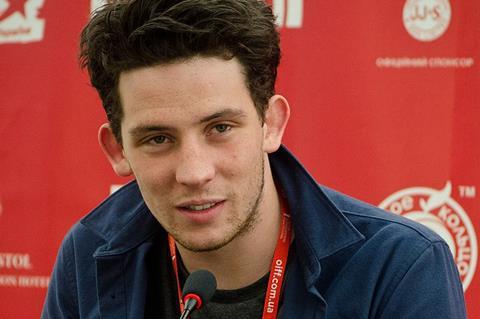 God’s Own Country star Josh O’Connor has joined Annette Bening and Bill Nighy in the cast of Hope Gap.

William Nicholson, the Oscar-nominated writer of Breathe, Everest, Gladiator, Shadowlands, writes and directs the family drama, which is currently in pre-production and will shoot in summer 2018. It is his second feature as a director after 1997’s Firelight with Sophie Marceau.

O’Connor, nominated for a Bafta and winner of a BIFA for his breakout role in God’s Own Country, will play Jamie, the son of married couple Grace (Annette Bening) and Edward (Bill Nighy). When Jamie comes to visit for the weekend at their seaside home, Edward informs him that he plans to leave Grace. Hope Gap tracks the unravelling of three lives, through stages of shock, disbelief, anger and resolution.

O’Connor said: “I’m thrilled to be working on Hope Gap. Bill has a clear vision and perfectly pitched screenplay. Working alongside Bill and Annette is a dream come true and I’m excited to get started.”

Nicholson added: “I loved Josh O’Connor when I saw him in God’s Own Country, and when I met him I loved him even more. He’s blessed with a face you can’t help watching. And of course, most important for me, I know he has the talent and the humanity to deliver the powerful emotions that charge Hope Gap.”