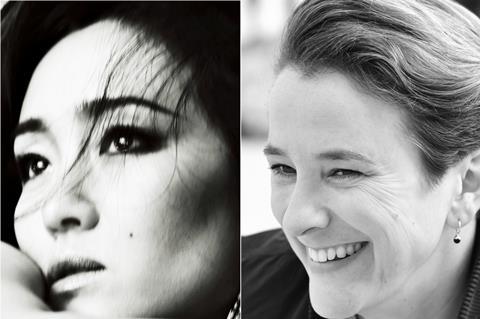 Chinese actress Gong Li and German director Eva Trobisch will receive awards at Cannes 2019 from Women In Motion, an initiative designed to highlight women’s contribution to the film industry that runs as part of the official programme of the festival (May 14-25).

For the fifth edition of the awards, Li is awarded the Women In Motion prize, previously won by Jane Fonda in 2015, Isabelle Huppert in 2017 and Patty Jenkins last year.

She has previously appeared at Cannes in films including Chen Kaige’s 1993 joint Palme d’Or winner Farewell My Concubine, and Zhang Yimou’s 1994 Grand Prix winner To Live.

Her first feature All Good premiered at Munich Film Festival in July 2018, winning awards there and at subsequent events including Locarno, Macao and Thessaloniki Film Festivals.

She was selected for the award by last year’s winner, Catalan filmmaker Carla Simón.

The prizes will be presented on Sunday, May 19 by festival president Pierre Lescure, general delegate Thierry Frémaux, and François-Henri Pinault, chairman and CEO of global luxury group Kering which supports the awards.

Cannes 2019 begins tomorrow (May 14) with Jim Jarmusch’s The Dead Don’t Die, closing on May 25 with Olivier Nakache and Eric Toledano’s The Specials.